HomeBlogHomeless to Hollywood: 10 Celebrities Who Were Homeless Before Fame 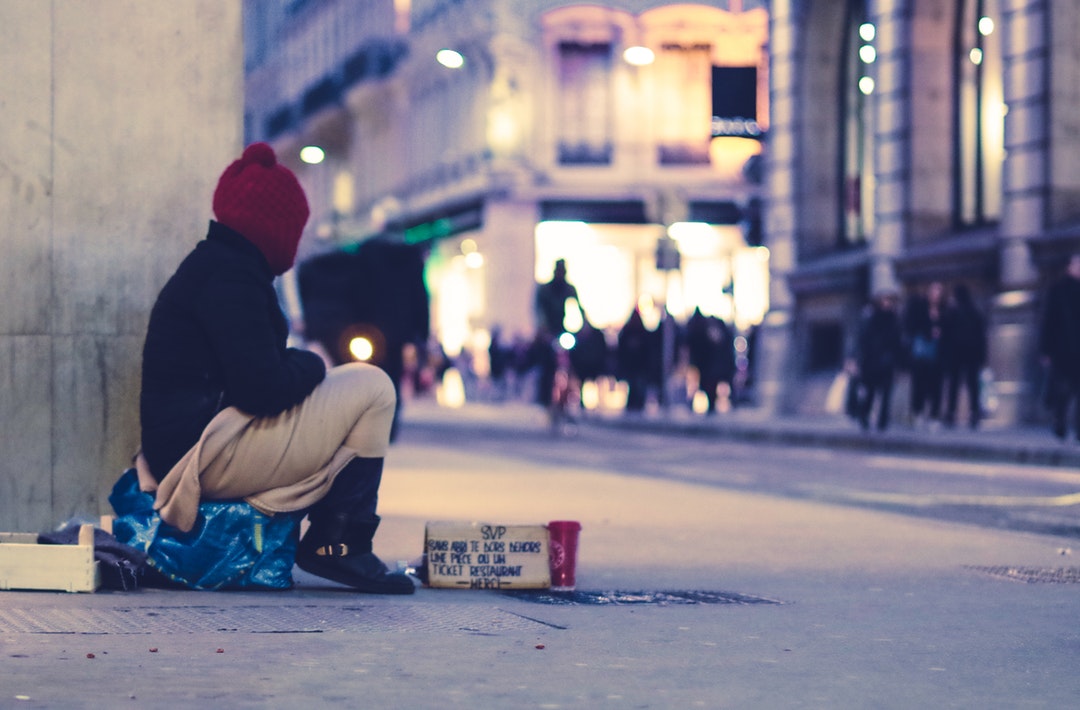 Homeless to Hollywood: 10 Celebrities Who Were Homeless Before Fame

Homeless to Hollywood: 10 Celebrities Who Were Homeless Before Fame

In the face of hardship, you can’t lose your drive to succeed. No one knows better than these celebrities who were homeless before their meteoric rise to fame.

You’ve spent the last few months perfecting your elevator pitch and putting together your business plan. You’ve got the talent and you have the drive, but for some strange reason, people still don’t seem interested.

It’s possible that you’ve become so discouraged that you’re about to call it quits and give up on your dreams.

Almost every successful celebrity, be it an actor or CEO, has been at this same fork in the road. Imagine if they’d given up!

Here are a few of your favorite celebrities who were homeless before ultimately finding success.

Whether you know him as Andy Dwyer on the hit NBC sitcom “Parks and Recreation” or as raptor tamer Owen Grady in the mega-successful “Jurassic World” franchise, it’s hard not to love Chris Pratt.

But the happy-go-lucky goofball has always been humble, even in the face of success.

While our list is filled with celebrities who were homeless before fame, Pratt’s homelessness was by choice.

He credits his fame to his time living in a van with a friend in Maui. The two spent their days surfing and picking up odd jobs to pay for their drinking and fishing habits.

We don’t recommend living in a van — beachside or not. But his story of humility and his willingness to get out of his comfort zone resonates with us.

If you were around during the late 1990s, you probably remember hearing Jewel’s soulful hit, “Who Will Save Your Soul?” on the radio all the time.

What most fans don’t know is that the singer faced plenty of hardship in her early years.

The crooner left home at the age of 15 to make a life for herself. Her struggle and financial insecurity all came to a boiling point when Jewel was fired for refusing a boss’ sexual advances.

Unable to pay rent and tossed out onto the street, Jewel no longer had a place to call home aside from her car.

It wasn’t until she was discovered at a local coffee shop after a year of homelessness that Jewel got her break and signed a deal.

Carrey’s struggles sound like something one his characters would face.

After dropping out of high school, the famous funnyman found that he had no place to go.

He hopped in his VW van and traveled across Canada, picking up jobs and performing at open mics where he could.

Still, he had a hard time finding success. So much so that he eventually set up shop on his sister’s lawn, continuing to live out of his van.

While there’s nothing funny about homelessness, it’s hard not to giggle at the thought of Jim Carrey lazing about in a lawn chair surrounded by plastic flamingos and lawn gnomes.

Given Cameron’s recent habits of exploring the ocean and creating cameras to shape his cinematic visions, it’s hard to imagine that Cameron was once homeless.

But before hits like “Titanic” and “Avatar,” Cameron couldn’t manage to sell a script.

He struggled so much that he lived out of his car and sold the rights to “The Terminator” for $1.

It’s hard to imagine that the man behind the world’s highest-grossing film, once sold the rights to one of cinema’s biggest franchises for only $1. But it goes to show that you never know how things will turn out.

Before his syndicated television show or friendship with Oprah, Phillip McGraw was a 12-year-old boy living on the streets of Kansas City with his father.

Eventually, both found their way to success. The duo even partnered together at a clinic before McGraw left for television fame, bringing a heartwarming conclusion to this tale of famous people who grew up poor.

Many people don’t know that the famous face of KFC was actually a real person. Moreover, people don’t seem to understand how hard of a time he had getting financing for his first restaurant.

While KFCs are commonplace around the globe now, the Harland Sanders could barely afford fried chicken himself.

He and his family lived in a van for years, touring the country in an attempt to sell Sanders’ recipe.

After moving to Berkley, Orman found that she could no longer manage to pay rent.

Instead of giving up and moving back home, Orman instead chose to waitress and live in her Ford Econoline van.

Stallone’s story is a prime example of why you should never compromise or give up on your dreams, no matter how many times you hear ‘no’.

In fact, Stallone’s story mirrors that of Rocky Balboa himself.

Before starring in the boxing hit, Stallone wound up on the streets while selling his script for “Rocky.” Though he received offers from time to time, he turned each down, as the studios wouldn’t allow him to star in the film.

Yet he held out. So long, in fact, that United Artists finally let him has his way.

The tagline of Rocky states, “His whole life was a one-in-a-million shot,” and that certainly seems applicable here.

Most famous people who were homeless had at least some semblance of a choice.

But country music’s most famous songstress had a rough start from the get-go, making her one of the youngest famous people who were poor.

She and her family spent much of their time in a Toronto-based homeless shelter, scrounging for food.

The family was so hard up for money that eight-year-old Twain was the family’s breadwinner, performing in seedy bars each night to help pay for food.

Steve Jobs’ struggles are well-documented. Though he was far from perfect, his dedication and focus helped him become one of the most important celebrity CEOs of all time.

Before Apple computers were the hip thing to buy, Jobs couldn’t even afford food.

He spent months at a time crashing on friends’ couches, dedicating his days to dreaming of computers and picking up soda cans for spare change.

It took years for of hardship for the pieces to fall into place, but he never gave up.

What We Can All Learn From These Celebrities Who Were Homeless

If there’s one thing you should take away from these stories, it’s this: Everyone has tough times. It’s how you react to those tough times that shape your future.

If you’re struggling to make ends meet or can’t seem to get a pitch meeting, keep at it. These celebrities who were homeless did, and you should, too.

Get in touch today for exclusive tips and business coaching.